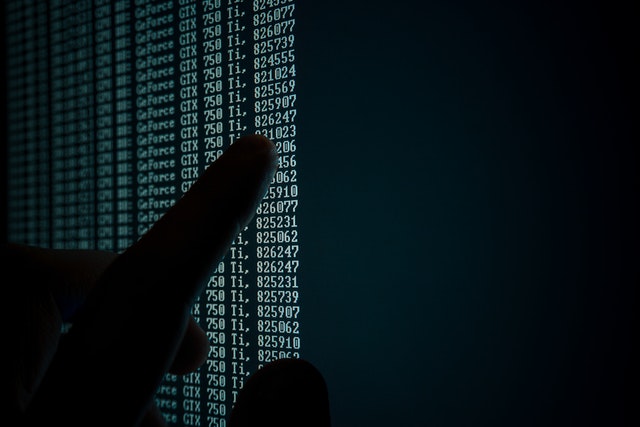 Data encryption hides data from hostile parties or prying eyes. A data breach or malicious corruption is defined as an unauthorized access, ransomware lockup (a malicious form of encryption), or a harmful breach. Data encryption is a type of data security countermeasure that can help protect against a data breach.

What is Data Encryption?

Modern data encryption is based on cryptography, an ancient method of disguising data by swapping characters. Encryption uses a mathematical algorithm called a data encryption cipher. The cipher algorithm converts normalized data into a sequence of presumably random, unrecognizable characters known as “ciphertext.” Decrypting data from ciphertext to plaintext requires the same algorithmic key that encrypted it.

Encryption solutions are classified as either data at rest or data in transit. At rest data is information held on servers or hard drives. Data in transit means it is being sent via email or internal system-to-system messages. The messages could be email or internal system-to-system data messages. There are encryption solutions for both data at rest and data in transit. Each has its own systemic impact. Any program that wants access to encrypted data must be able to decode it. There are many data security options like Bitlocker (Windows) or Firevault (for MACos) that can be used. Encryption or decryption capabilities for both sender and recipient are required for data in transit. End-to-end encryption (E2EE) is this sort of encryption. Because of this, it becomes difficult to send encrypted messages outside of your business.

Why Use Data Encryption?

You may be utilizing encryption without even realizing it. Many tech services encrypt and decode your data to keep it safe. Businesses should encrypt data that could harm their bottom line. It’s also recommended to encrypt personal data like medical records and social security numbers.

Let’s review the most popular data encryption algorithms. The two most extensively used data encryption methods are public key (asymmetric) and private key (symmetric). Both use key pairs, but the way the sender and receiver share keys and conduct the encryption/decryption process differs.

The sender encrypts data using a publicly available key. The recipient has the other half of the public/private key pair. The recipient can decrypt the data using private and public keys. Sender and receiver share a secret key in private key/symmetric encryption. As you may expect, storing and sending secret keys requires a lot of management.

This is a method of encryption that allows computations on encrypted data without using the decryption with the secret key. The results of the calculations also remain encrypted but can be decrypted by the owner using the private key.

Security policies should coincide with encryption best practices. Encrypting everything makes no sense and is prohibitively expensive. Encryption software is required. Keys are usually purchased separately or as part of an encryption package. Encryption also slows down emails and data processing. Therefore, only encrypt important data that could harm you or your organization if stolen, corrupted, or blocked by ransomware.

Android phones running Gingerbread (2.3.x) or later have complete device encryption. Encryption is standard on the Pixel and Nexus 5+. Earlier Android versions require activation, although it exists. To enable encryption on an Android device, first set up a lock screen PIN, pattern, or password. Then select “Security & Location” in the device’s “Settings” or “App Settings” menu. Select “Encrypt Phone” under “Encryption” on this screen. That’s it. To decrypt, simply reverse the process.

You may encrypt your computer’s data with solutions from Symantec, Kaspersky, Sophos, and ESET. AES-encrypted USB drives are also available. These include DataMotion SecureMail, Proofpoint Email Encryption, and Symantec Desktop Email Encryption.

Prey Control Panel allows you to manage BitLocker disk encryption in Windows 10 Professional, Enterprise, or Education with a physical Trusted Platform Module (TPM). It lets you choose between AES128 and XTS AES128 encryption standards and select the disk to encrypt.

Data encryption is a must, especially in cyber security. The procedure involves complicated technology, but solutions are becoming increasingly user-friendly. In some circumstances, like iOS, encryption occurs without the user’s knowledge. Encryption should be part of a company’s security mix to secure critical data.